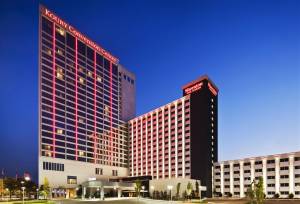 On April 26, 2016, a special luncheon was held in the Victoria Ballroom of the Sheraton Four Seasons (Koury Center) in Greensboro at which twelve state Baptist institutions and agencies honored individuals and couples for their exemplary service and giving. This award is called the NC Baptist Heritage Award.  The keynote speaker was Dr. Paul Mullen, Minister of Congregational Care at Ardmore Baptist Church, Winston-Salem and former Director of Church and Community Relations at Wake Forest Baptist Health (NC Baptist Hospital). 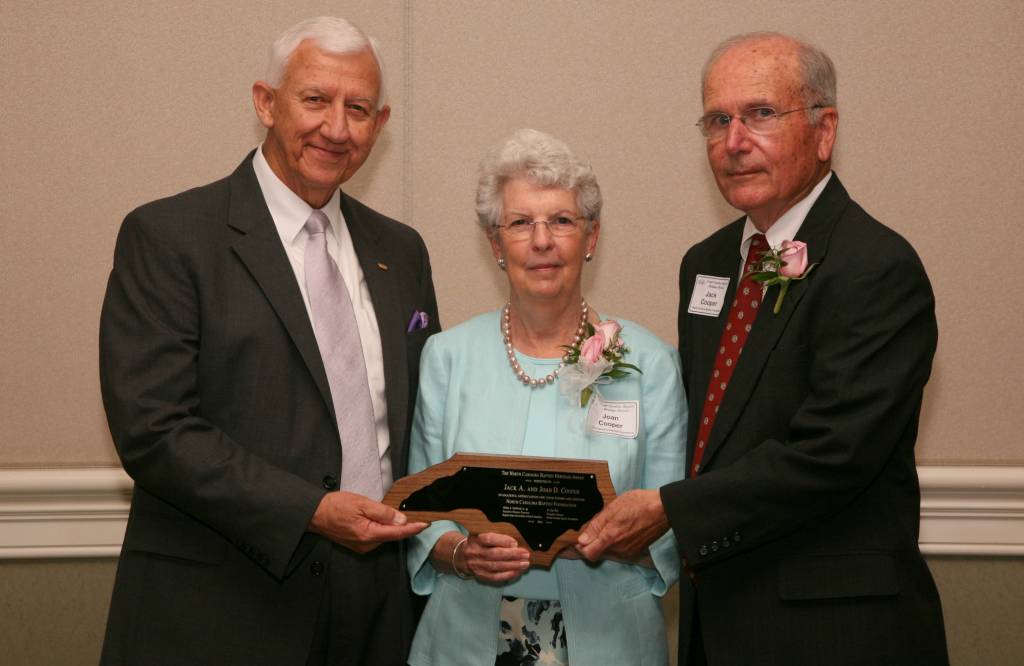 Jack A. and Joan D. Cooper

We are honored to recognize Jack A. and Joan D. Cooper, right, as the Baptist Foundation’s recipient of the NC Baptist Heritage Award for 2016.  Taking part in the presentation is Clay Warf, left, Executive Director of the Baptist Foundation.  Jack is in his second term on the Board of Directors of the NC Baptist Foundation where he has served on the Executive Committee and continues to serve on the Investment Committee. Joan has served two terms as Trustee for the Baptist Children’s Homes of NC. They are both active members of Corinth Baptist Church in Elizabeth City, where Jack has served as Deacon, Sunday School teacher and trustee. Joan has served her church as Sunday School teacher and Director of Woman’s Missionary Union.  Jack and Joan Cooper are wonderful models in Christian stewardship.

Shown are the twelve honorees of the 2016 North Carolina Baptist Heritage Award and their presenters.