The 19th Annual North Carolina Baptist Heritage Award luncheon was held on April 9, 2019, at the Grandover Resort in Greensboro. Eleven state Baptist Institutions and Agencies honored and presented awards to individuals and couples who have made major contributions of time, service and/or resources to the life of the institution.  A special thank you to all who participated to make this a wonderful event.

DC and Shirley Dewitt exemplify the joyous and generous givers that we like to lift up as models in generosity.  DC was raised on a cotton and tobacco farm in Johnston County, and one of his earliest memories is tithing a portion of the annual tobacco crop.  His family, which included 4 boys and 4 girls, participated in the ministries of White Oak Baptist Church.

Shirley and her sisters were also raised on a tobacco farm in Wendell.  She has many fond memories of her family’s involvement in Hephzibah Baptist Church.

The Thompson’s have been married for 64 years, have five grandchildren and have been faithful members of First Baptist Church Greensboro for 52 of those years. They have given of their time volunteering in many capacities:  WMU, Missions Committee, teaching Sunday school, serving as a Deacon, Baptist Men, Campers on Mission, NC Baptist Children’s Homes and BSCNC annual meetings.

Their 30 year involvement with Campers on Mission has taken them to most of our 52 states, with DC serving a term as President.  They have been involved in the Campers On Mission NC State Fair ministry for the past 25 years, ministering to and sharing the Gospel with fair workers.

The Baptist Foundation is honored to present to you our 2019 Heritage Award recipient, 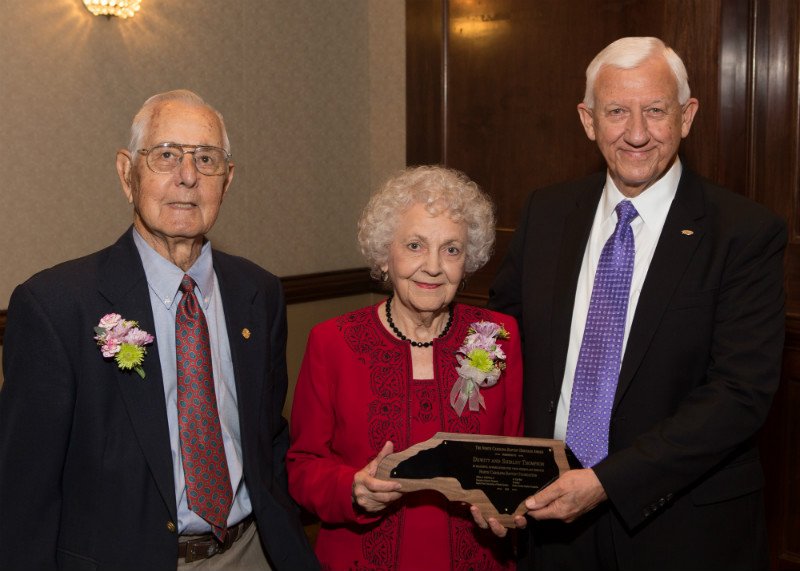 Shown are the eleven honorees of the 2019 North Carolina Baptist Heritage Award and their presenters. 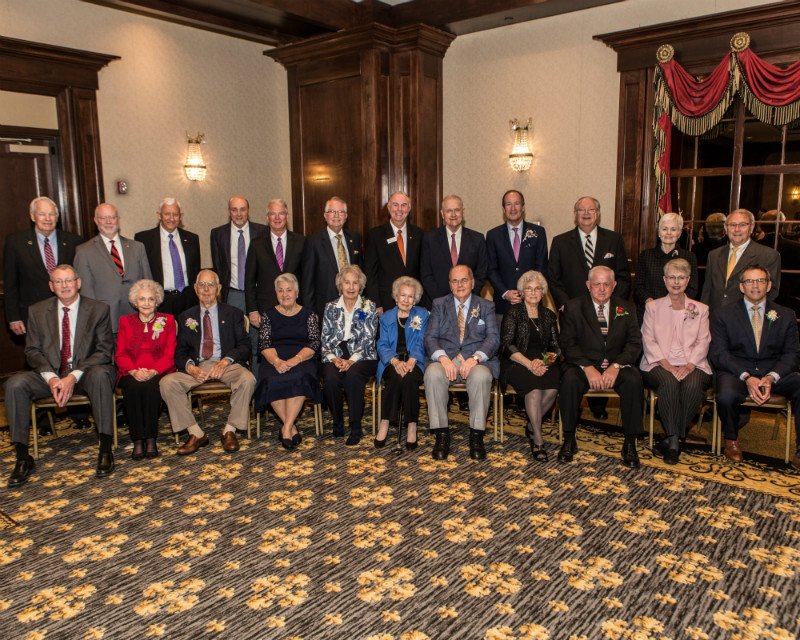